There are a lot of people that believe their dog and cats mouths are cleaner than their own. There are other people that believe the saliva from a dog is actually a disinfectant and can help kill bacteria. Finally, there are those that are totally grossed out by kissing their pets and are worried that it could in fact make them sick. Looking into this deeper, there are a couple of things to keep in mind that are detailed below.

There are a lot of bacteria in both the mouths of humans and in animals. Keep in mind that not all of it is harmful. It is very rare for the bacteria in a pet’s mouth to make a human sick. The bacteria that is harmful that can pass from the dogs or cats mouths to ours are parasites such as roundworm, hookworm, and giardia. If you are taking your dog to the vet regularly for check-ups and your pet does not have any symptoms of sickness, then your dog likely does not have a parasite such as these.

As for viruses, these are u 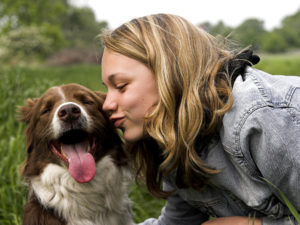 sually specific to a certain species. This means that a virus does not pass from a human to an animal and vice versa. So do not worry if you have the flu or the common cold, you will not pass it to your dog or cat.

Humans that are immunocompromised, however, should avoid kissing their pets. If your immune system is already lower than average, if there does happen to be harmful bacteria in the animal’s saliva, you will not be able to fight it as well as a healthy person.

What you do want to keep in mind before kissing your dog or cat is what they may or may not have been doing earlier in the day. Dogs and cats tend to eat dirt, grass, and all kinds of things that people tend to stay away from. Any of the bacteria or particles that they may have been near or consumed earlier is absolutely a risk that can be transferred to people and should be kept in mind.

So far there is no compelling research showing that the pet’s saliva is a disinfectant; however, there is not definitive research proving that it is harmful either. Make sure that you know what they were up to earlier in the day and the main thing to keep in mind about kissing your pets is that you are doing it at your own risk.

Call us at 215.568.6277 or click here to contact us for an appointment
or for more information about our Philadelphia Cosmetic Dentist Services 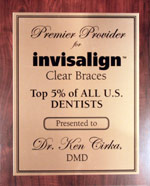 One of many awards. See more>> 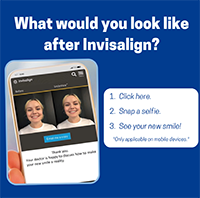 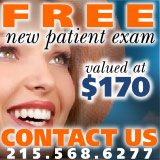